Meet the Pack - A K Michaels

Look what we dug up in the Wolf Pack archives... author interviews!

Interview originally published in May 2017. Pricing may not be up to date. 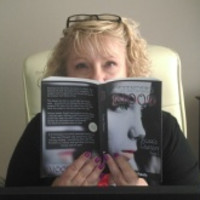 New York Times Bestselling Author, A K Michaels lives in Scotland, spending her time with family, pets and writing, writing, and more writing. She has hot Dragons, sexy Highland Shifters, and smoking Vampires aplenty with a host of other paranormal beings, her stories filled with hot Alpha Males, suspense, action and thrills to keep you turning the pages.
Ava took up writing later in life and is always thinking of the next story to indulge herself in. She loves reading, chocolate, Rose wine and Luna who is a German Shepherd and mad as a hatter, and Jinx, a black Lab that is more than a little nuts.
She has twitter, website and a Facebook page where she loves chatting to folks. She has her Sassy Lassie’s VIP Clan where you can sign up and get a Bonus Freebie in your welcome email and keep up to date with her news.
~ ~ ~ ~ ~

What sparked the idea for your first (or latest) series?

I've had the idea for A Wolf's Hunger in my head for a while. It's a series of hot Alpha Shifters full of suspense, thrills and sexy Wolves. However, I wanted to open it up and invite other authors to write in the world too. So it took a wee while for me to get that in place, but now I have and it's been such an exciting time! I've now released my first stories in the series and there are other authors who have too. Both Julia Mills and Monica La Porta's stories are now live! It's been hard work but lots of fun working with these amazing ladies - and you'll have to check them all out. There are more authors set to release soon and I have a brand new story in the series that will be live in the next day or so.
I hope you all enjoy them as much as I had writing them. Kade is set in my home country, Bonnie Scotland, and I enjoyed inserting some of my own 'slang' into the story. I have a soft spot for wee Jimmy, one of the bairns in Kade. I've also used my own German Shepherd as the basis for one of the dogs, although the name had to be changed as it's used in another of my books, Guild of Dragon Warriors. So I changed it to the name of my granddaughters' dog, which they are super excited about. They're not so happy with the fact their mother said they have to be thirty to read the story though! That's an ongoing joke in the family, whenever the wee ones ask how old they need to be to do something, or have something, that's meant for adults -- we all chime back..."When you're thirty." 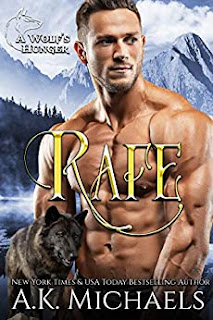 When the Hunger strikes, Alpha Rafe Blackstone has no control over it or his beast. When his mother lets him in on the secret he is shocked and in denial. No longer able to reject her words as mere fantasy, he embarks on the mission the Legends speak of. Nothing will stand in his way as the Hunger grows out of control, leaving Rafe powerless to resist the calling of his soul-mate. Rogue Wolves, a mystery magical illness that can cripple Shifters, and a Witch with a hidden agenda all stand in his way but he will do whatever it takes to rescue his love. Including calling in the dreaded Council.

Oh, how cruel! How can you make me choose? I love them all - they'll start pouting and arguing in my head now. Yes, they will. Ok, I'm going to have to go with, nope, not telling you. All I'll say is that it's a very unique Shifter in my Guild of Dragon Warriors series, and no, they are not a Dragon. This character is one that even the Dragons' thought were myths and so it comes as quite a surprise to find one in their midst. She's fiesty and quite capable, but she is definitely in need of a safe harbor and that's what the Dragon Guild offer to anyone in need. Jaxon is in for quite the shock when he finds out not only what she is, but who she is...to him. 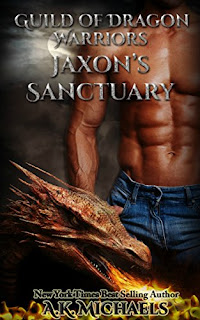 Master of the Guild of Dragon Warriors, Jaxon is heading back to their sanctuary, exhausted and injured, after a battle that the human realm has never before encountered. He and his fellow Dragons were lucky to escape with their lives and all he wants now is to reach home and recover, knowing it will take days for him to reach full fitness again. When an urgent call for help reaches them, he has no option but to head out again and give the aid that he is sworn to deliver. What he finds is a unique being that is under threat and he vows to ensure her safety. No matter the cost.
AmazonUS   AmazonUK   AmazonAU   AmazonCA

Who would you pick to play one of your heroes in a movie and why? 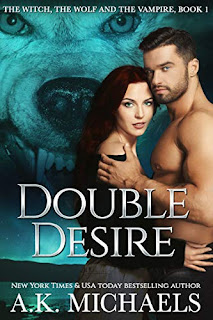 Peri is haunted by memories of her father’s dark, magical cult, who tortured and imprisoned her throughout her childhood. Years after her escape, Peri is still a wanted woman, and is only able to stay alive by tracking criminals as a bounty hunter, constantly on the move and always alone. Her travels lead her to Las Vegas, where a job turns bad. Wounded, she collapses at the feet of a stunning, ancient vampire named Josef, and gorgeous wolf shifter Gabe. Josef and Gabe tend to Peri’s injuries, both of them falling in love with her. Claimed by both the vampire and the werewolf, Peri is caught in the middle...
AmazonUS   AmazonUK   AmazonAU   AmazonCA

What is your favorite type of vacation? Do you take books to read?

This is hard as I like several types. I enjoy the sun, so I like the 'lounge around the pool' type of holiday but it depends on who I'm with. I go away with our middle daughter and grandson sometimes, with hubs alone, or with my older daughter and her family.
When it's just hubs and me, we enjoy different holidays, both sun and sea, and also city exploring. When the grandkids are with me, then a pool is always a good thing to keep them entertained! I'm proud to say I taught my grandson to swim in about thirty seconds lol, For some reason he just trusted me and we were away swimming in no time at all. I'm looking forward to a big family holiday next year, where we're all going to Florida.
And, yes, I do read - I take my kindle everywhere with me and I load it up with books before I go, although I rarely get time to read them all, I usually have my laptop with me and end up working too. Just because I'm on holiday, my brain sometimes doesn't get the memo and refuses to behave at times. So, yeah, laptop is a must or I'd go nuts hunting for pen and paper. An author's work is never done!

I'm working on quite a few things, which is great, and keeping me busy. I'm very excited to be joining two of Milly Taiden's Kindleworlds! One is her Sassy Ever After world and my story will be From Scotland, With Sass and will also be an addition to my Highland Wolf Clan series.
The other book I'll be writing is for her Paranormal Dating Agency world, and the story that will be going into that one is Her Highlander's Desire, It's linked to A Wolf's Hunger series. If you want to start my Highland Wolf Clan series, so you're ready for the new book, it's now in Kindle Unlimited. 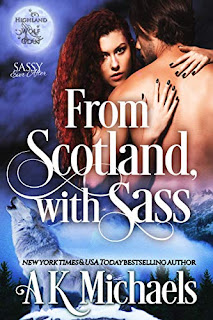 Belle is just too sassy for her own good. It’s gotten her into hot water one time too many and she knows she’s treading a thin line with her Alpha. So what does she do when she’s forced to pick up a sexy-as-sin Scotsman and return him to the Pack? Heck, as soon as the Alpha’s mate goes near him, she growls at her! She’s lucky to make it out of there in one piece, and she’s sure it’s the hot Highlander who saved her...
AmazonUS 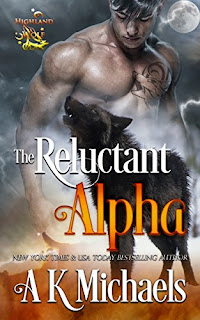 Born to be Alpha, Cameron Sinclair walks away from his birthright and Pack. He wants nothing to do with either as he builds his multi-billion dollar business. When summoned he reluctantly goes to the aid of his Uncle’s Pack. What he finds is danger, intrigue, heartache, and the chance of a different life. His instinct screams at him to walk away but his heart has other ideas.
AmazonUS   AmazonUK   AmazonAU   AmazonCA 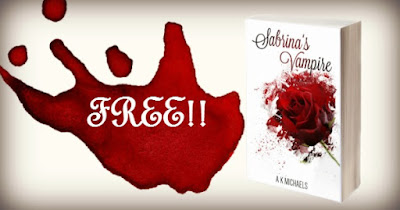 Sabrina's life is a mess, suspended from her police job, she ran to Vegas for a break, to escape the torment and embarrassment. She followed this up by getting blind drunk and down an alleyway with two thugs who wanted more than a goodnight kiss... Vampire Kyle hears her screams and against his better judgement enters the alley and saves her. Soon Sabrina is ingrained in him - he can't get enough - can't let her go and just why are his bites not healing on her neck? When he finds out he is shocked - he must keep her - make her stay. Will she? Will this woman stay in the arms of a vampire?!